The £1 million pound project begins its first phase as construction gets underway next to the Clinterty campus of the North East College (NESC) in Aberdeen.

The development of the Scottish based scaffolding center is designed to meet the growing needs and demand for scaffolding courses in the north east of Scotland. The training academy project, a joint venture with The Construction Industry Training Board (CITB) and ASET International Oil and Gas. 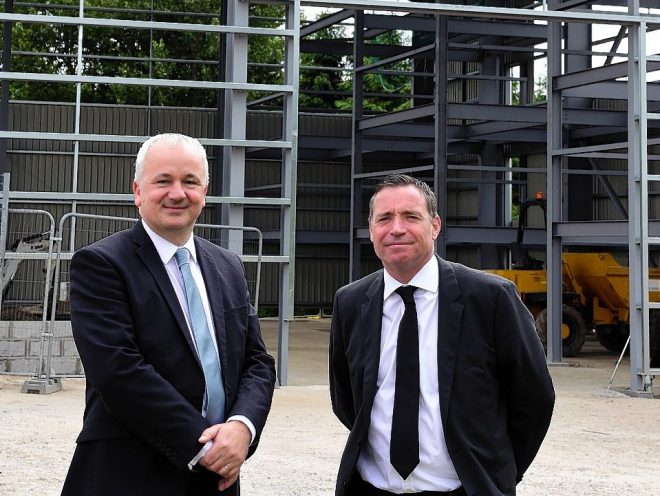 The new scaffolding academy has been designed by local Aberdeen firm  Arch Henderson and North Group, it’s hoped the purpose-built, 7000sq ft-plus facility will be ready for its first intake of trainees and apprentices this autumn.

CITB are investing £500,00 in the development of the center, which includes £300,00 towards building costs, with a provision intended for training over a 3 year period of £200,00.

Aberdeen-based ASET – a wholly-owned subsidiary company of NESC – has invested in the land and the existing infrastructure, is spending more than £500,000 on the construction project.

Graham McPhail, head of education and training at CITB, said:

“It is fantastic to see this project moving ahead at pace and the structure of the building really taking shape.

“This will provide Scotland with a stunning new training facility preparing the next generation of scaffolders for their career.”

“We are anticipating a very positive response from employers and individuals alike to the portfolio of courses on offer, which are in the process of being finalised.”