Welcome to the first in the series of our Death Wish Collection!

Here are two examples of dodgy access from Bangalore, India, including one that shows a rather unusual form of ‘access’ equipment.

One of our team came across this earlier today! The man is using this clearly purpose-built double telescopic ladder type access tower, mounted on a pick-up truck, apparently to change a light bulb.

He is not wearing any form of Fall Protection – although being a ladder one wonders whether it would help at all – and both he and the tower are surrounded by wires and cables some of which might be live. On a closer inspection a small block has also been placed under one of the truck’s wheels in order to level the whole thing up. 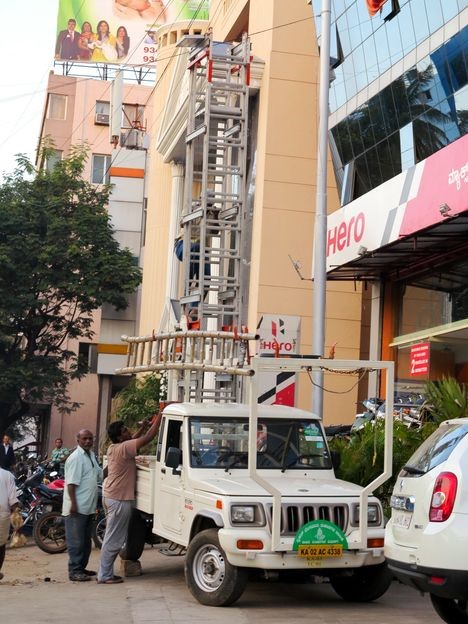 In the words of our overseas partner: “I spotted this gentleman changing street lights. The whole ladder set was telescopic and the boom could be flattened onto the car – clearly a “factory-made” system. One for your death wish series maybe? As you can see there is a lot of work here in India for access rental and someone like IPAF.” 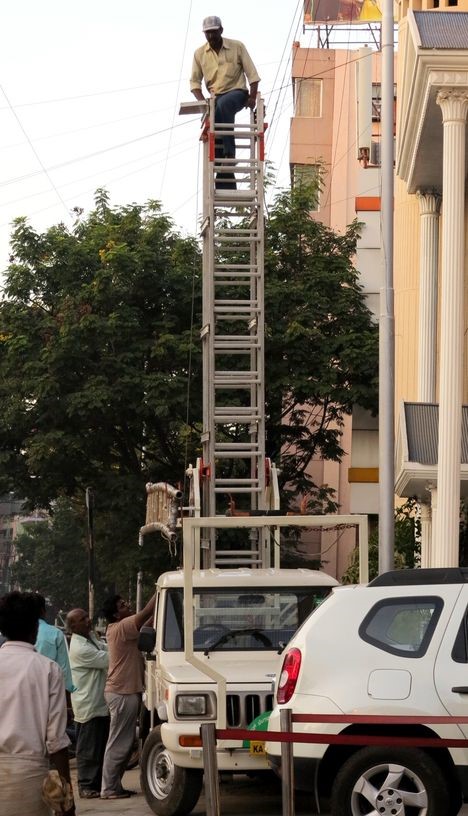 In a second photo from our man in Bangalore, he has spotted an Indian alternative to bamboo scaffolding, made from small tree limbs. It is quite clear from the photograph that the scaffold meets few, if any, of the basic safety rules for such structures and the three men are balancing and climbing over the lashed sticks, as they install what looks like a fluorescent light tube. 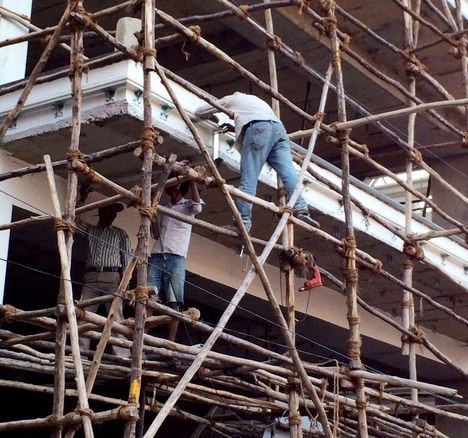 Lucky Escape for Workmen Forced to Jump From Falling Scaffolding

The Most Shameful and Shocking Use of Scaffolding Supplies – EVER!