Kings Scaffolding pleaded guilty to corporate manslaughter of Liverpool Dad who fell while fixing a roof.

Adrian Smith 43, fell while fixing a roof at the scaffolding firms headquarters at Wheathill Industrial Estate in Holt Lane, in 2012, resulting in fatal injuries. 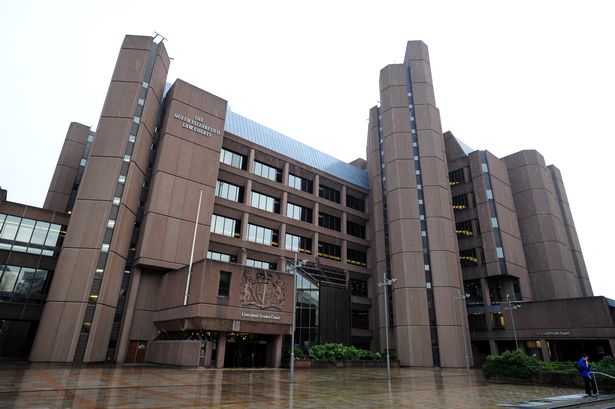 Police who attended the scene said he was found lying on the ground with serious head, neck and upper body injuries at approximately 09:45am.

A director from J&P Scaffolding, trading as Kings Scaffolding, appeared at Liverpool Crown Court on Tuesday. The business admitted unlawfully killing Mr Smith “in gross breach of its duty to take reasonable care for his safety at work”.

The charge said that Kings

“exposed Mr Smith to a risk of death from carrying out repairs to the roof of the company premises and thereby caused his death”.

It was established the way the company operated and was managed, led to the death of Mr Smith in that it;

David King, a manager at the firm, told the ECHO everyone at the company was “devastated” by Mr Smith’s death.

“We accept this occurred and we wanted to do what was right and plead guilty to it. We didn’t want his family having to go through a trial.

“This is a sad set of circumstances and we are all devastated that it happened as a family. Adrian was a good friend of ours.

“We work with blue chip companies up and down the country. We are number one approved by Liverpool City Council.

“Our safety record is excellent but something has occurred on our premises when he has gone to look at a skylight and fell through it. It is tragic.”

The firm was previously fined £75,000 and told to pay £58,920 in costs over an accident in 2002, when three labourers were seriously injured when its scaffolding collapsed.

Kings admitted health and safety breaches in 2005 relating to the 2002 incident, which involved work at a shop in Lower House Lane, West Derby.

Mr King said the business was operating under different management at that time.

Scaffolding was secured to brickwork on the building that was to be removed, and only four ties, rather than the recommended seven, were used.

John Ollerhead, Leonard Davies and John McCabe, who were not Kings employees, were using the scaffold to repair the gable wall of the shop when it collapsed on October 26, 2002.