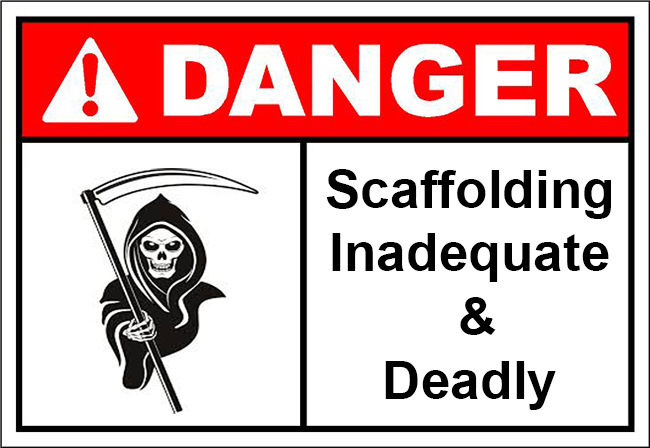 Stick to the standards

First and foremost, you need to find out what the international scaffolding standard is in your country / location. There are various regulations and standards set for scaffolding, which vary throughout the world. With the UK & US being two which are highly regulated by HSE & OSHA.

“Many of the standards are similar, but each one sets down the specific requirements for individual components, such as couplers, tube, boards and a specification for system scaffolding”.

“We insist that all scaffold material is purchased to the specified standards and supplied with appropriate certification.” as stated by NASC.

Whilst the majority of reputable scaffolding manufacturer’s and scaffolding supply companies will already be adhering to recognised standards, there’s still a large portion of the market that continues to use ‘unspecified’ materials as fit for purpose ‘working stock’.

But be cautious, as not all scaffolding manufacturers offering their own version of a reputable brand, is tested or accredited to meet with British, EU & International safety standards. St Helens Plant is the UK’s leading Scaffolding Manufacturer and manufacturers both original brands of scaffolding systems as well as their own accredited & internationally compliant version of Cuplock and Kwikstage; R2Lok & R2Stage. Manufactured within the UK & supplied worldwide.

There’s copied scaffolding systems popping up regularly, and has been the case for many years. More so now due to the explosion of ‘online scaffolding suppliers’. People with buy an original version and ship this to China to get cheap copies made in the hope that when it returns the copied system is correct and works.

There is little guarantee, and in some cases no documentation on tests or what safety standards the ‘copied system’ meets. There is at times, no properly monitored quality control what so ever.

The brand Cuplock for example has vital pressed steel Cups and Drop Forged parts which has been known to be replaced with a quicker and cheaper alternative; steel castings, which are very brittle and break easily. The strength characteristics are nothing like the original or parent product, even though they look visually identical, one is quite the opposite and very deadly. 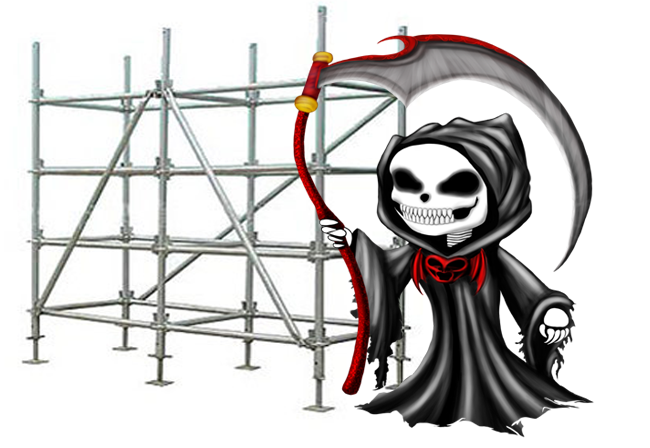 Buy From a Reputable Scaffolding Manufacturer

The best advice that can be given for scaffolding sales is buy scaffolding supplies from a reputable scaffolding manufacturer, going to the source can often be a cheaper alternative as oppose to buying from a supplier. You also then benefit from the extra services that are available with manufacturers such as; Scaffold Repair and Reconditioning, Scaffold Testing, aftercare and technical support.  Such services suppliers could only outsource to a third party.

Times have changed and buying the best and most suitable scaffolding system is no longer a ‘given’ or simple commodity. Scaffolding Systems have evolved into highly developed technical products. The best Scaffolding Systems may appear quite simple, but the integration into the construction system as a whole is not, the advantages are often hidden but huge.

No Need To Cut Corners

It’s a known fact, many contractors will invest hugely into the construction of a building but then try and save on costs for safe, fit for purpose scaffolding. Choosing cheap imitations which leads to deadly accidents and incidents, which we are all familiar with. It makes little sense, but is common practice on a global scale.

Within the UK last year alone, almost half of sites inspected failed on HSE inspection.

The savings made on using illegal copied scaffolding systems, are generally lost during time consuming assembly and unnecessary on-site adaptations because the scaffolding components that should fit together, quite simply don’t. If the Scaffolding doesn’t adapt to the circumstance or fit for its intended use, stability demands or space requirements, then look at the extra costs so far. Time spent on fiddling around with a product that should be quick and easy to assemble, creating a massive effect on productivity.

This is one the biggest factors that’s often overlooked, as ‘cheap’ costs seem to dazzle some people. In the event there is a problem with a scaffolding fitting or component you must have trace-ability. Each scaffolding part / component must be marked, showing where and what county it was manufactured.

Suss Out the Supplier

There are as many scaffolding suppliers throughout the world as there are stars in the sky! On the face of it, they can appear they are all offering similar services. It pays in the long run to take the time to do a little research before committing.

As shocking as it may sound, it’s a fact. Many of these online ‘Scaffolding Suppliers’ may never have seen their Scaffold in an assembled condition. It may seem like a cost saving offer using an online supplier, saving perhaps 8-10%. But when the going gets tough and you’re in need of technical advice, a commodity merchant like an online scaffolding supplier won’t have any knowledge or technical know-how to offer. They can’t afford to, they are an online supplier dealing in only scaffolding sales.

In summary, check references, do a little research and don’t be dazzled by cheap scaffolding sales, systems or supplies. The better the experience and knowledge your manufacturer / supplier has, the bigger your advantage and the easier & more cost efficient your project will be. Something most purchasers and planners only realise when it’s too late.

For further details on Scaffolding Sales, or Scaffolding Systems & products manufactured by St Helens Plant & supplied worldwide, visit us at – STHELENSPLANT.CO.UK or contact us on +44 (0) 1744 850 300