Construction sites to some, are simply nothing but a gold-mine with goods, there for the taking.

Thefts within the construction industry costs UK companies and contractors millions each year.

Just as fast as the companies are coming up with new ways to prevent thefts from building sites, those waiting for the steal are equally adopting just as many new methods to pilfer and take valuable machinery, tools and equipment. Either, selling for scrap metal or to sell to a buyer already in place. 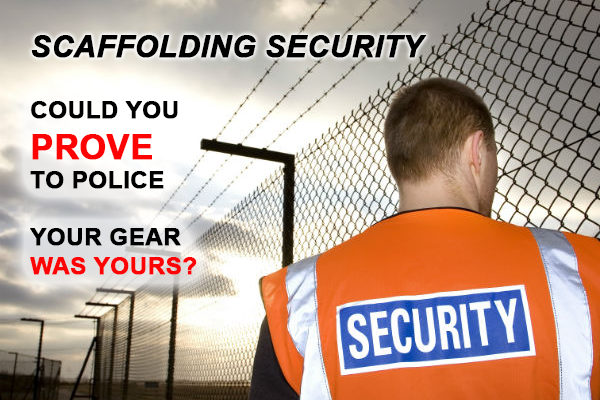 Regardless of the advancements in construction site security, anti-theft procedures, CCTV, heavy plant tracking devices and an internal industry notifications and alerts database.

Thieves are relentless, continuing to look for any opportunity to seize valuable assets, for their own gains.

St Helens Plant and our associate companies, albeit at opposite ends of the UK, have also experienced theft of equipment, scaffolding and supplies. It’s a sad statement to make however, if thieves want it, they will find a way to take it. Regardless of how much is invested in preventing theft.

Our customers also have the choice of liquid security paint, which can be applied to new, repaired or refurbished scaffolding systems and products.

As a group, since the deployment of the traceable security paint, thieves that would previously have targeted certain types of equipment and scaffolding, have not endeavoured. It’s definitely not a fail-safe, so don’t think it’s the only security required. Like always, prevention is better than cure, when possible.

Why Use Security Paint – When the Police Can Help?

Like us, many people will subconsciously assume if their gear gets nicked, contact the Police with as much information, CCTV and whatever else you have – and they will follow up and hopefully return your gear. 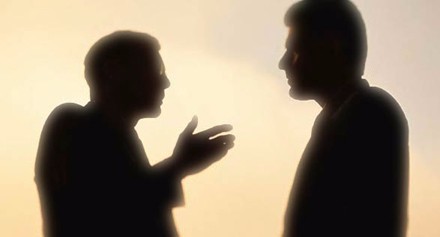 We literally did think, on the one occasion we were pilfered on a project in the north of Scotland, since we knew who’d taken our scaffolding, the Police would surely act, considering all the information provided.

Like many who have been in this god awful position, we ended up having a very long, drawn out, repetitive day with the Police, who we understand are busy with higher priorities. However, regardless of evidence and information it was a good few days before the Police followed anything up.

After arriving on site, WE were asked to prove the scaffolding was ours.

This was the moment that scaffolding security paint – saved our scaffolding.

We explained to the Police, the scaffolding stolen is identifiable and can be proven it belongs to St Helens Plant, due to being treated with traceable scaffolding security paint.

The Police requested a demonstration, upon seeing us clearly show the scaffolding being scraped of its external protective paint, the Police reluctantly continued their investigations. Returning to us, stating it was a civil matter, they did not have the resources to be chasing this, it was our word against the thieves.

After some toing and froing, wasted days and more costs, eventually we did get most of our scaffolding back.

Despite clearly having a long-standing scaffolding company – it was us, that was made to feel like the thieves. If it had not been for the fact we had deployed security paint on our systems, we would not have been able to prove the scaffolding belonged to us or get it back.

What is Scaffolding Security Paint?

Scaffolding security paint is a traceable liquid paint that is applied to anything of steal-able value such as, cranes, excavators, scaffolding and compressors.

The interesting part is, the code embedded in the metal microdots is synced with a national database, accessible to Police simply by using a login.

Firstly, this is not a dig at the Police, we know how limited resources and time can be, especially in the North of Scotland. It’s not surprising the attitude we were given, due to thief’s actions sucking Police time and resources.

That said – does that mean the Police are too busy, so thieves can continue on their merry, pilfering way clearing out construction sites, as and when they please?

Regardless, it doesn’t take away from the fact that we were looking a serious loss and despite the evidence provided, history given and our own reputable standing – we still had to prove our scaffolding, was ours and fight for Police support.

Take heed of our personal experience and how valuable scaffolding security paint is and has been for us, on this very memorable occasion.

If you’re interested in protecting your scaffolding, scaffolding supplies, stillage and equipment, or would like to discuss scaffolding sales and supply – contact St Helens Plant on – 01744 850 300 or email us at – info@sthp.co.uk