We’d like to make a little note of bravery, positivity and pride we have, especially during these testing and difficult times we all face at the moment.

Last week 11 year old Kayleigh Pilling showed bravery and maturity beyond her years, after finding her mum collapsed in the bathroom.

Kayleigh was the only one home at the time as Dad Chris Pilling director of St Helens Plant, was already at work. 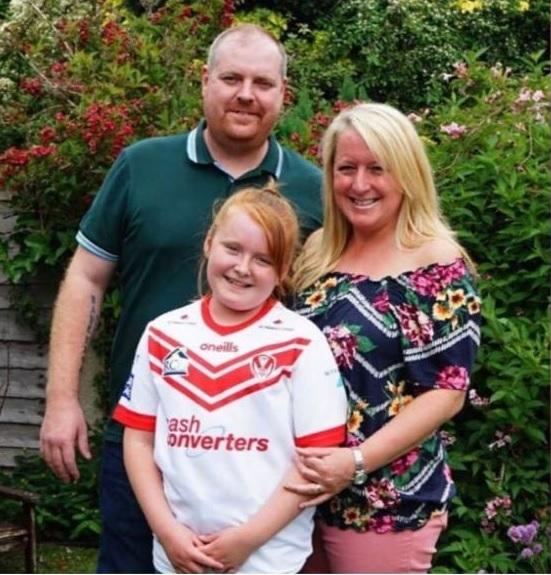 Despite her young age and never having dealt with anything like this before, Kayleigh remained calm and called her dad.

After this, Kayleigh called for an ambulance and followed all advice given by the call handler. As advised she then went to get a neighbor, to help put her mum on her back.

Kayleighs calmness and bravery has been praised by many, and could have made all the difference in saving Mum Michelles life.

“She had collapsed in the bathroom behind the door. Kayleigh managed to squeeze into the bathroom and push my wife back and the ambulance talked her through what to do,

asked if she breathing and is she responsive, my daughter went through all that with the ambulance.

“My wife had a bleed on the brain and she was having a fit as well. My daughter did really well and stayed on the phone until the ambulance came. It was for about 20 minutes, maybe a bit less.”

“The paramedics were really helpful and my neighbour John Bradbury comforted, I thank him,” added Chris.

“Kayleigh’s quick thinking definitely helped her mum, without a doubt.

Kayleighs mum suffered a subarachnoid haemorrhage, a life-threatening type of stroke caused by bleeding into the space surrounding the brain. She has since underwent a three hour surgical procedure on the day after her collapse.

We are currently only receiving daily updates from the hospital, due to COVID-19 restrictions no visitors are allowed. We’re pleased to say Michelle is doing well and improving everyday.

More details on Kayleighs bravery can be found on the St Helens Star.

Re-Utilize Your Scaffolding & Stock: Ahead of UK Demand