The Mersey Gateway six lane bridge is continuing in development with three giant cranes in position and extended to their full height of 479ft.

The huge cranes are equivalent to 32 double decker buses stacked on top of one another, each crane measures 3 meters taller than the radio city tower.

The new Mersey link is now in year three of development, investors and backers state figures show the scheme has already contributed to tens of millions of pounds to the region’s economy. 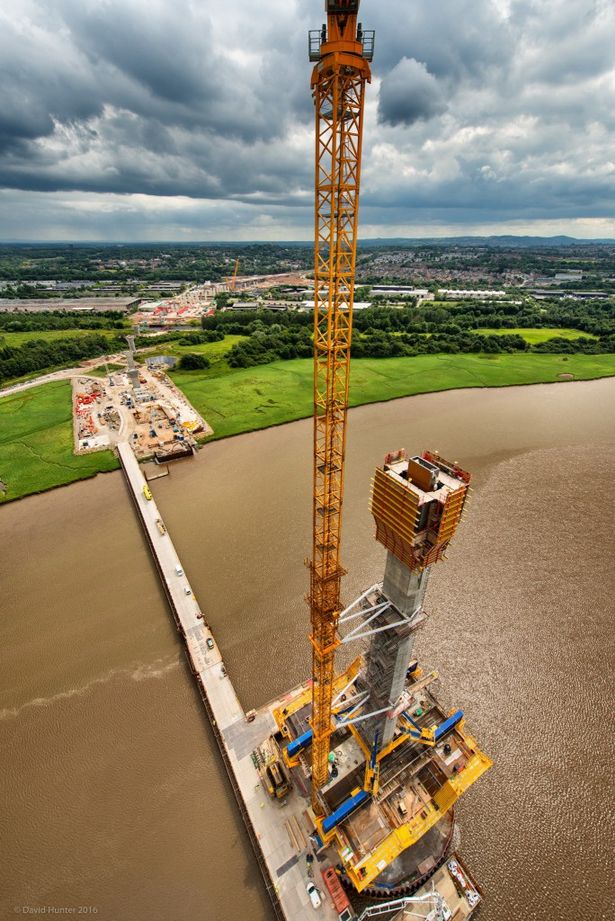 The centrepiece of the site is the huge mobile scaffolding system weighing in at 1,700 tonnes at 170 meters long. This section will help build the central structure of the road and will permit works to be carried out above the Manchester Ship Canal, without the need to construct giant concrete supports.

The enormous mobile scaffolding system arrived from China a few months ago dismantled into 90 shipping containers.

The six-lane bridge stretching across the river Mersey is set to be open for full public use by autumn 2017. It’s estimated the project has cost a total of £1.75bn to complete. The new bridge and the existing Silver Jubilee Bridge will be tolled, but free for all Halton residents.