Scaffolding Supplier Form-Scaff states contractors Murray and Roberts failed to erect the scaffolding correctly and use all required components.

Form-scaff and Murray and Roberts are at loggerheads locked in a blame game that is finally being heard in the US courts, during a long awaited investigation.

The scaffolding was erected to support the temporary Santon Bridge, which collapsed in October last year. During the enquiry, a lawyer from Form-Scaff had suggested that not all bars designed to stabilize the scaffolding had been installed when the bridge was erected. 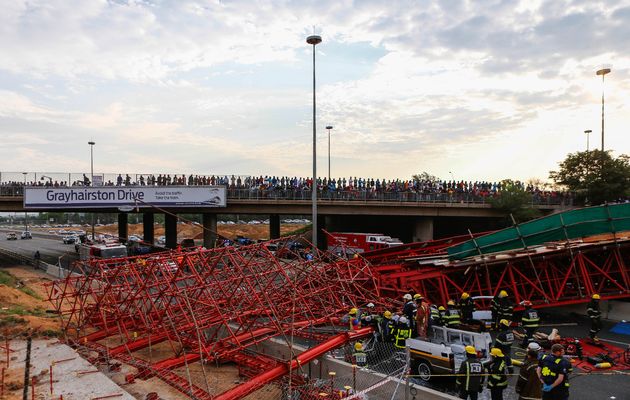 Guidelines for the construction of a temporary bridge at Grayston Road in Sandton over the M1 were not implemented.

Two people were killed with 17 seriously injured following the collapse.

Testifying at the inquiry into the collapse yesterday, civil engineer Richard Beneke, who studied the scaffolding company Form-Scaff’s drawings after the accident, said it was clear from the photographs that some

“sections were completed only to a small extent, and that they were partially completed in the region around the support on each side of the M1 motorway”.

“I considered some of the bracing elements to be inadequate to provide the necessary lateral restraint when the super-shores are subjected to concrete loads.

“They were not massively inadequate but I did not consider them sufficiently adequate,” he said. 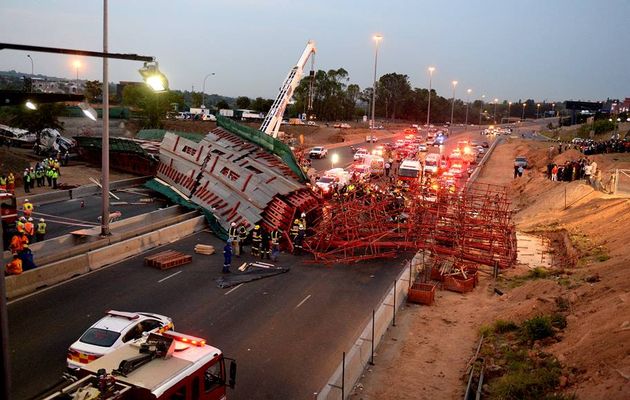 He said he was concerned that the wind loading appeared to be quite high in relation to the strength of the bracing system.

“I cannot say exactly what the designer’s intention was,” the engineer said.

Beneke said the documentation he analysed for his report as an expert witness for construction firm Murray & Roberts did not have a clear prescription for the sequence of the implementation of the components of the bridge. 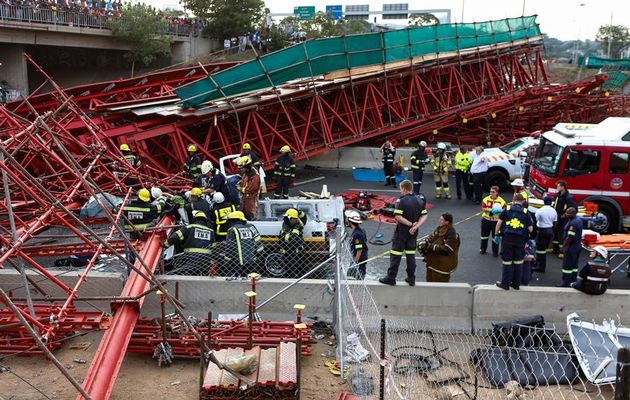 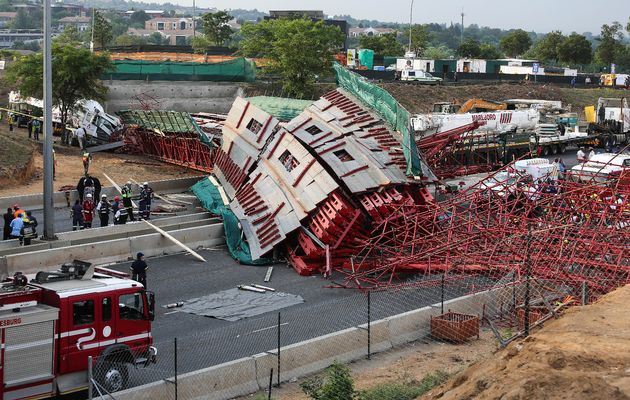 He said the design’s implementation sequence for the structure was key for safety and ensuring that the bridge was completed within the required time and resources.

Under cross-examination by Johannesburg Development Agency lawyer Willem le Roux, Beneke said he would have been concerned with opening the highway without a risk assessment.

Earlier testimony pointed to missing bolts, a gust of wind and an unsatisfactory design being among the reasons why the bridge collapsed.