The Science of Souls (SOS) spiritual group in Haynes has been left facing accusations of a cover up, following one of their members sustaining a fatal fall from a scaffold tower in use at the center.

The Science of Souls Center, the headquarters of the Satsang Programme, a spiritual organisation which combines the “good parts” of all religions. All members of the programme volunteer their time to conduct renovations, general repairs and upkeep of the Haynes site. 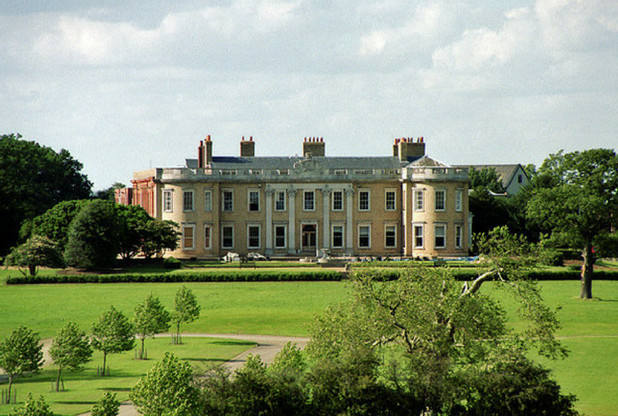 Mr Blaggin 57, of Kidbrooke in London has volunteered at the center for over 20 years, during renovation works the SOS had installed a 2 meter tall mobile scaffold tower.

Mr Blaggan was working in a room with four other people at the time of the incident, despite being in close vacinity to others, nobody witnessed the fall. Mr Blaggan was next seen lying on the ground with blood coming out of his nose and mouth.

It has been stated by other volunteers, the 57 year old was wearing a helmet at time of the accident. Paramedics were called to the scene, Mr Blaggan had sustained a serious head injury, later died in hospital two days later.

The scaffolding tower in use at the time of the accident was unable to be inspected by investigating officers as they were lead to believe the tower had been removed from site – ahead of their visit – despite this not being true.

Mr Michael Vere-Hodge, the lawyer representing Central Bedfordshire Council and the health and safety investigation, claimed there was a ‘cover-up’ in relation to what happened to the tower after the incident.

“The expert who will give evidence later in this inquest has to rely on photographs taken at the time by a non-expert police officer who came to the scene.

“The fact of it is when investigations started the tower scaffold was not to be found and there was evidence that it was deliberately kept out of the way of investigators to the point that Mr Bhangra (from SOS) told the investigating officer, that it was a hire scaffold and had gone back to the persons to whom it had been hired from, which was misleading at best.

“There is ground to suggest there are witnesses from SOS who were party to this decision to cover up the state of the scaffold tower so it could not be seen by those responsible for investigating. The integrity of those witnesses is called into question.”

Sat Bhangra, a volunteer from the SOS spiritual center stated there had been no deliberate cover up of the accident, simply confusion. Adding, they had two scaffold towers on site, returning one they had ordered after the accident.

Bhangra told the court that when he first contacted the health and safety inspector, Mr Johns, he told the court it was ‘assumed that Mr Blaggan fell from the hire tower’.

The court also heard that Mr Blaggan had no formal qualification to build the scaffolding structure that he used on the day – something that was not flagged by by Mr Bhangara as an issue.

The jury gave a narrative verdict that Mr Blaggan died ‘as a result of head injuries’ and no formal recommendations were made for SOS to improve safety in the future.

CITB Makes Moves to Focus Only on UK Training Centers