Two women were struck by falling scaffolding in the middle of a busy London street, suffering serious head injuries.

In the below clip it shows the moment the two women were struck by falling scaffolding tube, causing serious head injuries.

The below clip obtained from CCTV footage less than a minuet long, shows the two women one aged 53 and the other aged 72, lying in the street motionless and seriously injured after being felled to the ground in the heart of London’s financial district.

Both women were taken to the hospital to receive treatment and medical care following the incident on Tuesday 20th January.

A 31 year old man has been arrested in connection to the incident, which happened from a building clad with scaffolding, located on the opposite side of the street.

The 31 year old has been released on police bail pending further enquiries. 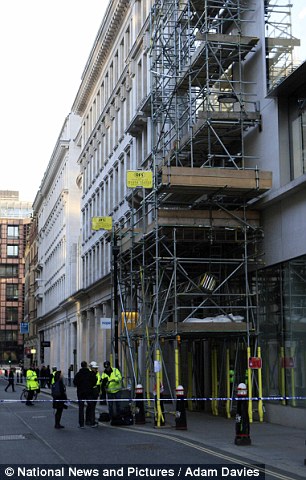